Equipping Arabic Christian Writers and Editors to Empower the Church 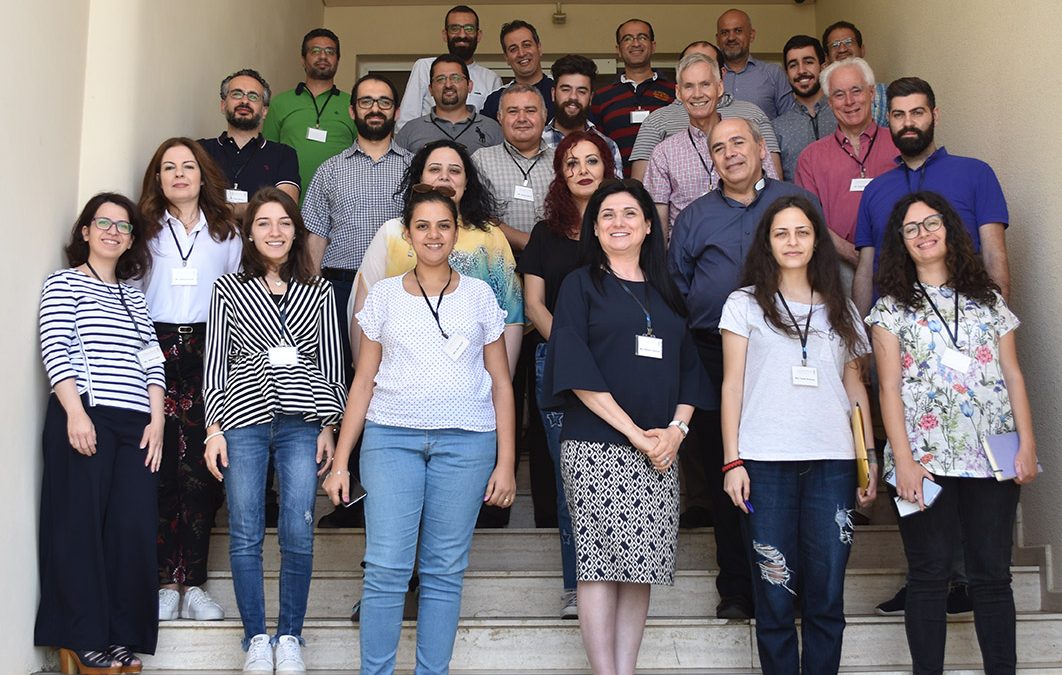 Read any inspiring Christian books lately? There is nothing like reading a book which helps us in our faith journey.

The latest CAWI workshops happened at the Moore Conference Center in Beirut in May. Over 25 talented writers and editors from Lebanon, Jordan, Egypt and Syria attended the four-day training event. This year, there were separate streams for writers and editors, as well as workshops where both were together. The training encompassed many aspects of writing, editing and publishing including the power of story, writing and editing fiction, keys to an effective editor/author relationship and collaborative writing. Participants also got helpful feedback and mentoring on their own writing projects from the trainers and publishers present.

“Exceptional” and “Enriching” were just two of the responses from those who attended. One participant from Egypt had been looking for a suitable workshop to improve his writing skills for a long time and was not disappointed. “The experience was awesome,” he said. “I’ve enjoyed meeting creative writers from various Arab counties, I’ve learned about the importance of an editor’s role and the essential writing techniques that bring a story to life. I am now excited to start writing one or maybe two novels. The best thing is that I learned how to organize and manage my work and have a plan for my writing projects.”

Another first-time participant from Syria valued the vision behind the workshops. “I like the fact that we come from different Christian publishing houses and that we all have one vision to produce Christian Arabic resources and equip the Church in this part of the world,” he said. “The trainers are very professional and I am thankful that they’ve shared their great experience in the publishing field with us.”

CAWI workshops boost writers and editors considerably and can have an impact on their future, believes DMAH Publishing Manager Sawsan Tannoury. “Some people who were trained in these workshops in the past have become authors and published several titles,” she says. “That is why we are very encouraged to move forward with them.”

Currently over 30% of DMAH’s books are by Arabic-speaking writers, something Sawsan wants to increase.

“Our mission is to encourage local Arab writers and let them flourish and become well known, so we will have a number of valued Christian authors and writers,” she says.