When we think about the source of our lives, often we think of health, money, time, food, sleep, etc. However, if we take away all of these things, could we still live? If we depend on ourselves, no, but if we look to Jesus as our Source of Life then, yes, we can. This is what Dar Manhal Al Hayat [DMAH], i.e. Life Source publishing, at LSESD seeks to do. At DMAH we are focused on enriching the Arab World with Christian resources that will point them towards their Source of Life. Currently, we publish 25 titles a year, including translations of highly credible non-Arabic resources as well as others written by Arab scholars and authors. Variety is key as there are many needs in the Arab church today. One need that was seen was for theological textbooks in the Arabic language. In partnership with the Arab Baptist Theological Seminary, DMAH is translating the Hermeneutical Spiral from English to Arabic and expects to release it at the end of summer 2014. Recently, three of Chuck Swindoll’s books on Jesus, Esther and David were translated into Arabic and a biography of a blind Lebanese worship singer, Jamile Tannous, titled “Now I See” was published. A local pastor saw his book published and the launching was April 27, 2014 with 170 in attendance.

We are also privileged and humbled to be a part of distributing books throughout Lebanon and the Middle East North Africa [MENA] region to those who don’t have such resources. The MacArthur Study Bible, translated into Arabic, was distributed at a reduced cost in Egypt to 1,500 people. In February 2014, 300,000 of the Story of Jesus booklet by DMAH were distributed at no cost to Lebanon, Syria, Iraq and Syrian refugees in many areas. Of the 300,000, half of these went to Iraq. One casual church-goer in Iraq shared, “I don’t really attend Church except for the big events like The Feast of the Annunciation of Our Most Holy Lady and Easter. So when I entered Church for Easter this year I was met by a person who gave me a copy of ‘The Story of Jesus Christ’. I got so much into the story of Jesus Christ and I realized for the very first time that the Mass that I had just attended had come alive through my reading about it…..I realized that that very morning He was knocking at the door of my life while reading that little book during the Holy Mass. Yes, I certainly knew that    Jesus hadn’t had a part in my life before but during that Easter Mass I let Jesus in and now I have learned that Jesus wants to be part of my life. Life is different now”. Testimonies such as this motivate us to continue publishing rich resources and sharing them with as many as we are able.

There are several upcoming projects we would like to ask for prayer about. One is the translating and printing of 25,000 New Testaments from David C. Cook’s “Action Bible” into the Sorani or “Kurdish” language in Iraq. We are awaiting funds for this much-needed project. 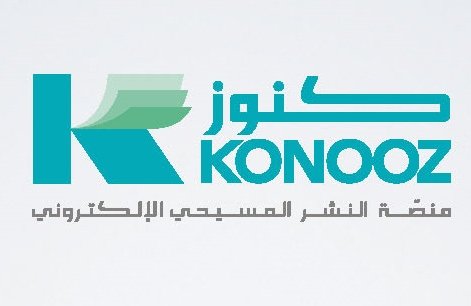 Another exciting project we hope to launch soon is Konooz [i.e. treasure], an e-bookstore for Arabic Christian resources produced by various publishing houses in the region. We have completed online store development and are moving from testing to dedicated hosting site for final testing and debugging. This e-bookstore will be available for iPhone, Android and Desktop.

There are many exciting things going on here at DMAH and we hope you will be in prayer for us as we continue the ministry to which we have been called. If you would like more information or would like to donate towards our projects, please contact us. Thank you for your support!