Book Launching: The Comparative Study of Rev. Dr. Ghassan Khalaf between The Textus Receptus and the Critical Text 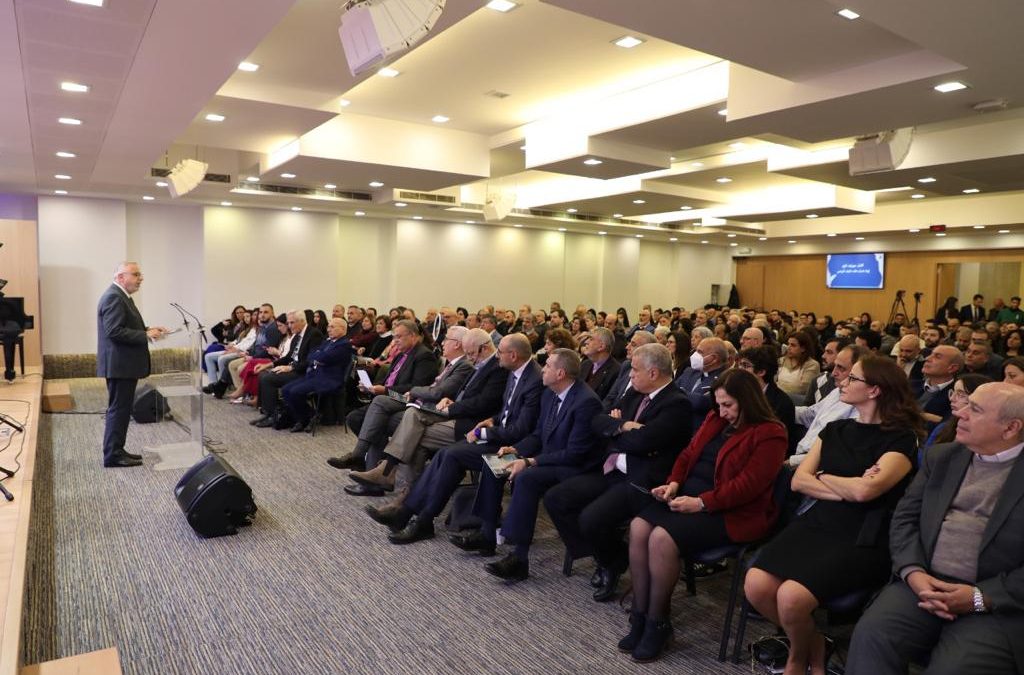 Since it was first published more than 150 years ago in 1865, the Bustani-Van Dyck Arabic Bible has been the most popular, authoritative, and enduring Bible in the Arabic language.

The respect and awe it inspires amongst Arab Christians are similar to the heyday of the King James Bible in the English-speaking world.

We are grateful for how the millions of distributed copies have built the body of Christ, proclaimed the Gospel, and fed the minds and souls of Arab believers and seekers.

Beyond the beauty of the language, the Bustani-Van Dyck is characterized by its literal style of translation that seeks to be the most faithful to the original manuscripts.

However, behind every translation lies the text of Scripture in the original languages, Greek, Hebrew, and Aramaic.

At the time the Bustani-Van Dyck was being translated, the Textus Receptus or the Received Text, assembled by Erasmus in 1516, became the standard text used for translations of the Bible including the King James Bible.

This was the case up until 1881, after which the Critical Text was adopted by most Bible Societies, while the Bustani-Van Dyck translation remains unchanged until this day.

It is this crucial topic and many others that the gathering at the Arab Baptist Theological Seminary – Moore Conference Center held on Sunday January 22nd, 2023 sought to address based on the scholarship and lifetime work of the late Rev. Dr. Ghassan Khalaf in his, posthumously published, book “The Gospel between Alexandria and Byzantium”.

Reflections and keynote speeches by respected Christian scholars in the field helped the audience navigate these complex matters.

They assured the attendees that none of the differences between the ancient manuscripts of the New Testament nor the translation hurdles change any biblical truth, doctrine, or even Christian practice.

As stated by Dr. Nabil Costa, CEO of LSESD, in his introduction, the desire nevertheless is to seek to be as faithful as we can to the letter and spirit of the original biblical texts as they were written by men and inspired by God. For the inerrant Word of God in its original language is for us the ultimate standard in all matters of faith and practice and is useful for “teaching, rebuking, correcting and training in righteousness” (2 Tim 3:16-17).

Rev. Dr. Andrea Zaki, President of the Protestant Churches of Egypt, shared about the translation challenges of the Bustani-Van Dyck Bible, while Rev. Dr. Hikmat Kashouh, Senior Pastor at Resurrection Church in Beirut, explained the process of the textual transmission of ancient manuscripts and how the codices we have give us confidence on the historic reliability of the current Greek text. Rev. Dr. Imad Shehadeh, President of JETS in Jordan, shed the light on the method of textual criticism and how it comforts us in the doctrine of biblical inerrancy.

Finally and in conclusion Rev. Jihad Haddad shared with the fully packed Elias Salibi auditorium that entering the world of ancient manuscripts has increased his love of God and attachment to Scriptures and that there was nothing wrong with working on a revised edition of the most widely accepted and used Arabic translation of the Bible.

Rev. Dr. Ghassan Khalaf’s enduring legacy through this book might pave the way to a wider conversation about the need to have a “Revised Bustani-Van Dyck Arabic Bible” in the hands of faithful Arab believers.