A Day of Remembrance and Grateful Worship 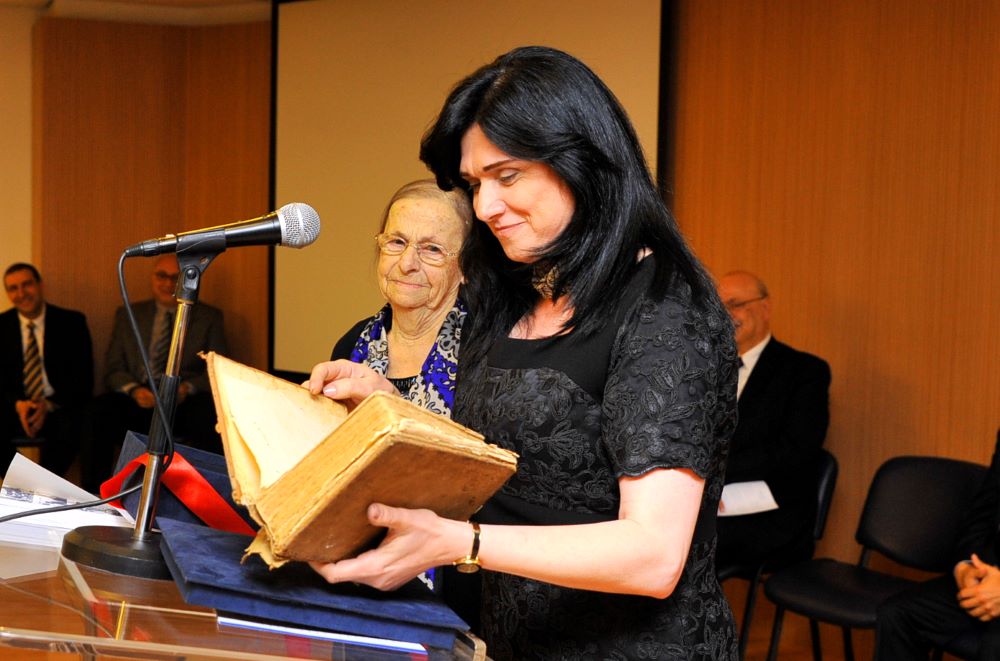 “Our history reveals the growth in our understanding of the shared destiny that binds us as Christians. Our sense of shared destiny grows stronger amidst the events that we are witnessing in the region from the uprooting of our heritage, to the destruction of our churches, and the rise in the number of our martyrs. It is my hope that Christians in the Middle East will have one loud voice standing up to the attempt to eliminate Christianity from the land of the Holy Bible, and which includes Egypt, Iraq, Jordan, Syria, Lebanon, and with Palestine where our Lord Jesus Christ was born and lived, at its very heart.”

A large and diverse crowd gatheredfrom all over Lebanon for an unprecedented evening together on Sunday, May 17, upon invitation from Dar Manhal Al Hayatpublishing house and the Convention of Evangelical Baptist Churches in Lebanon. Church congregations had arrived together by bus, and long-time friends in the ministry reunited with warmth in a crowd characterized by both enthusiasm and solemnity. Being celebrated was the collective fruit of faithful lives, some of them named and honored, but many known only to the One who called them. It was a day heavy with remembrance and grateful worship.

The crowd was given the opportunity to gather because of the release of a new and important Dar Manhal Al Hayat publication in the Arabic language, The History of the Baptist Churches in Lebanon.This work is rich with the stories of faithful men and women who were steadfast in their devotion to Christ throughout the last 100+ years of Lebanese Baptist history. It tells the story of men and women of God, including those who served between the world wars and others whose ministries took place during Lebanon’s own violent civil war. It preserves historic data like a slogan that was popular almost a century ago among Lebanese Baptists – “A free church and a free country” – which became a reality when Lebanon achieved its independence in 1943.

Due to a lack of written records, the author Rev. Dr. Pierre  Francis gathered the details of this history by interviewing current pastors and ministry leaders who received the mantle of ministry from now-deceased Lebanese pastors and leaders. His research did uncover some treasures like this letter that was read at the event, and which  was written almost one hundred years ago by a Lebanese pastor in Beirut:

“For what do we have in this life? My only preoccupation in this life is the spread of the Gospel of the Lord Jesus Christ …Therefore I exhort you, o beloved, to serve the Lord as long as we have life …I give my life to work freely in all faithfulness and good conscience toward God and men, so that maybe God will show me the Church spread across this country, even from a distance as God showed Moses the holy land from the top of the mountain. I am not coveting anything in this life, to have a name or fame, nor am I immortal in it. I am going quickly, so what benefit do I have in owning this life? However, I do not want to leave from this life without leaving for Jesus a memory and a name that cannot be washed away, however the days turn. Do not waste time, because time is very precious. Ask the Lord to make our heart and thoughts holy and to give us wisdom so that we can glorify Him and so that we would not bring blaspheme upon His name. May the grace of our Lord Jesus be with your soul. Amen.

During the event Pastor Al Sharouk’s daughter, now an elderly woman herself, was presented with an invaluable keepsake found in a desk at the publishing house behind the release of The History of Baptist Churches in Lebanon,Dar Manhal al Hayat (which means Source of Life). After she made her way to the stage Sawsan Tannoury, Publishing Manager of Dar Manhal al Hayat, presented her with the well-worn Bible used by her father during his ministry.

As the crowd of old and young listened to the perspectives of respected Lebanese church leaders and watched fifteen pastors be honored for thirty years (or more) of faithful ministry, the picture painted in Psalm 92 seemed particularly appropriate. “The righteous flourish like the palm tree and grow like a cedar in Lebanon,” the ancient psalmist expressed. “They still bear fruit in old age,” and they live to “declare that the Lordis upright; he is my rock.”  And that God-ward gaze was the resounding theme of the day. As speaker after speaker rose to the podium, the emphasis was not on any one denomination. The celebration did not focus on any one church, any one leader, or any one organization. Everyone who stepped to the platform to speak overflowed with sincere awe at the faithful God whose work through His people in Lebanon was clearly evident in the history being remembered that day.

Before Psalm 92 refers to the “righteous” who flourishes “like a cedar in Lebanon,” the psalmist exalts,  “For you, O LORD, have made me glad by your work; at the work of your hands I sing for joy” (Psalm 92:4). And it was “His work,” the work accomplished by God Himself through “weak vessels,” as they described themselves, in the spotlight that day. As Pastor Dr. Samuel Kharrat, president of the Lebanese Baptist Evangelical Convention expressed from the stage, The History of the Baptist Churches in Lebanonis “not just the story of Baptist churches, but the story of God.”

This reality was stewarded reverently during the creation of the book, as was expressed by Pastor Dr. Ghassan Khalaf, who edited and wrote its forward. He stated, “Our first responsibility in this history is to God the Father, Son, and Spirit, which ties us with a common history to all Christians.” Those gathered were not only interested in the history of God’s work through faithful believers in Lebanon, however. It was evident that their hearts beat for their country. Given the opportunity to share that day were younger pastors and leaders such as Pastors Jihad Haddad and Hikmat Kashouh who are currently in the throes of fruitful and growing ministry in Lebanon. Sawsan Tannoury, a leader who exudes unmistakable passion for serving the Church in the Arab World announced the launching of sixteen books in the Arabic language this year from both Arab and Western authors, including works by John MacArthur, Chuck Swindoll, and a theological resource by Arab author Hanna El Helou.

The day’s event came to a close with the dedication of the  Arab Baptist Theological Seminary’s new students’ quarters in the name of Rev. Salim Al-Sharrouk. 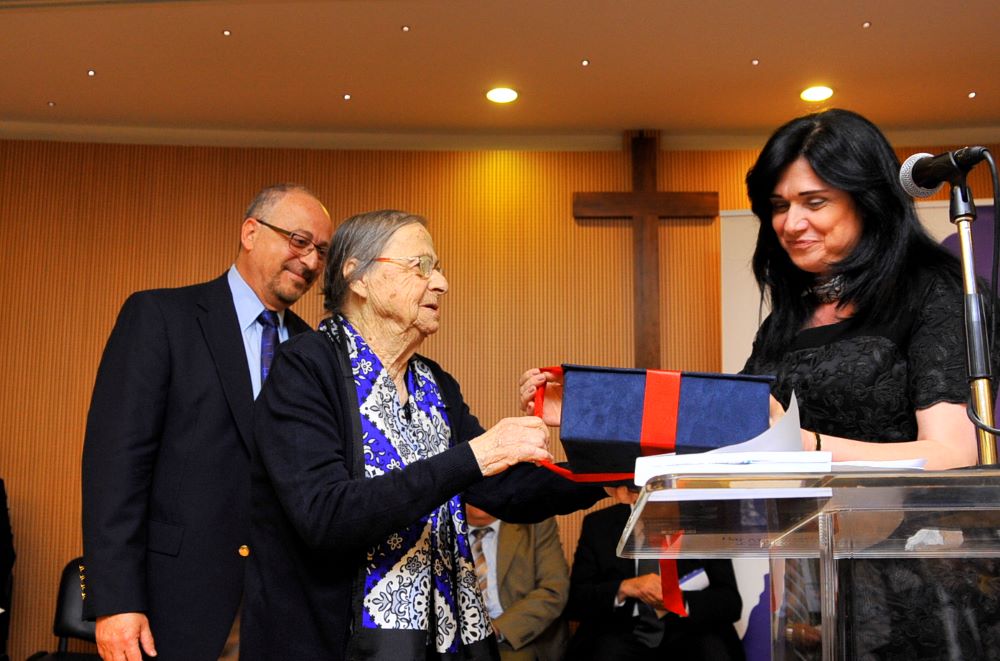 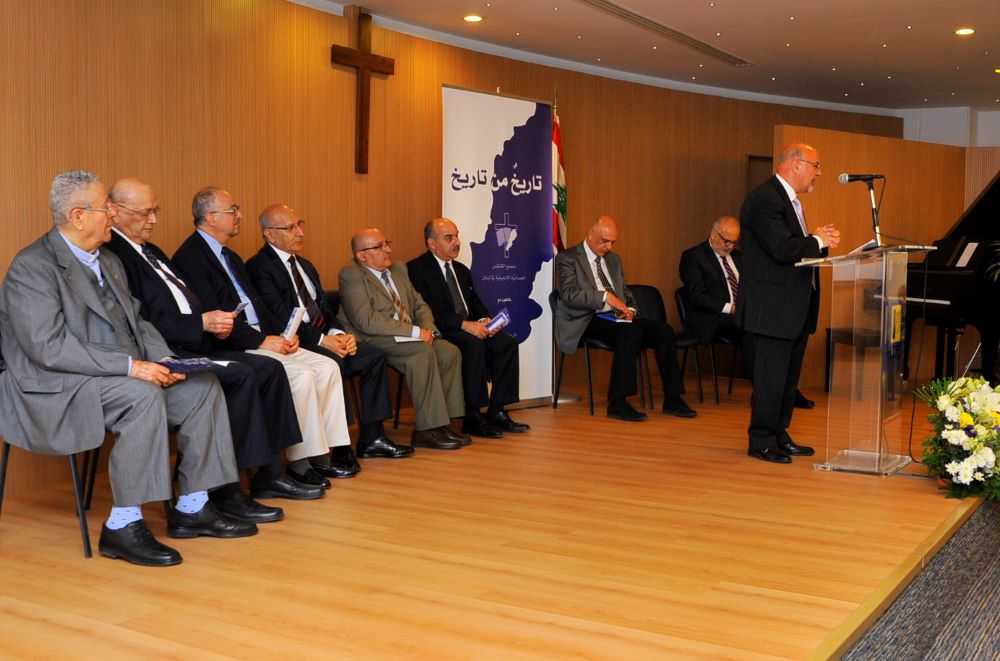 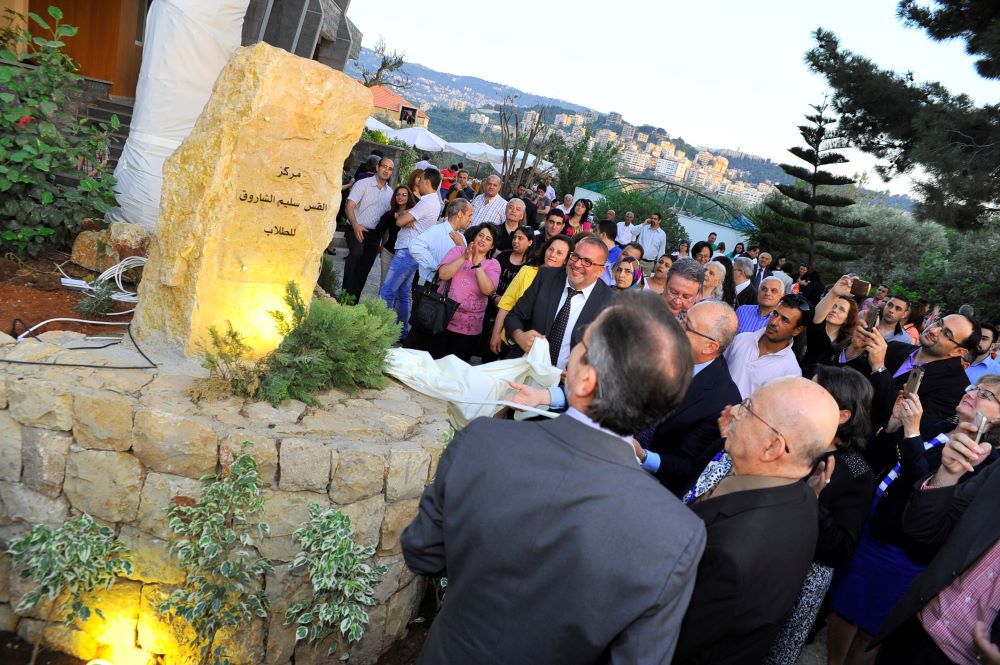